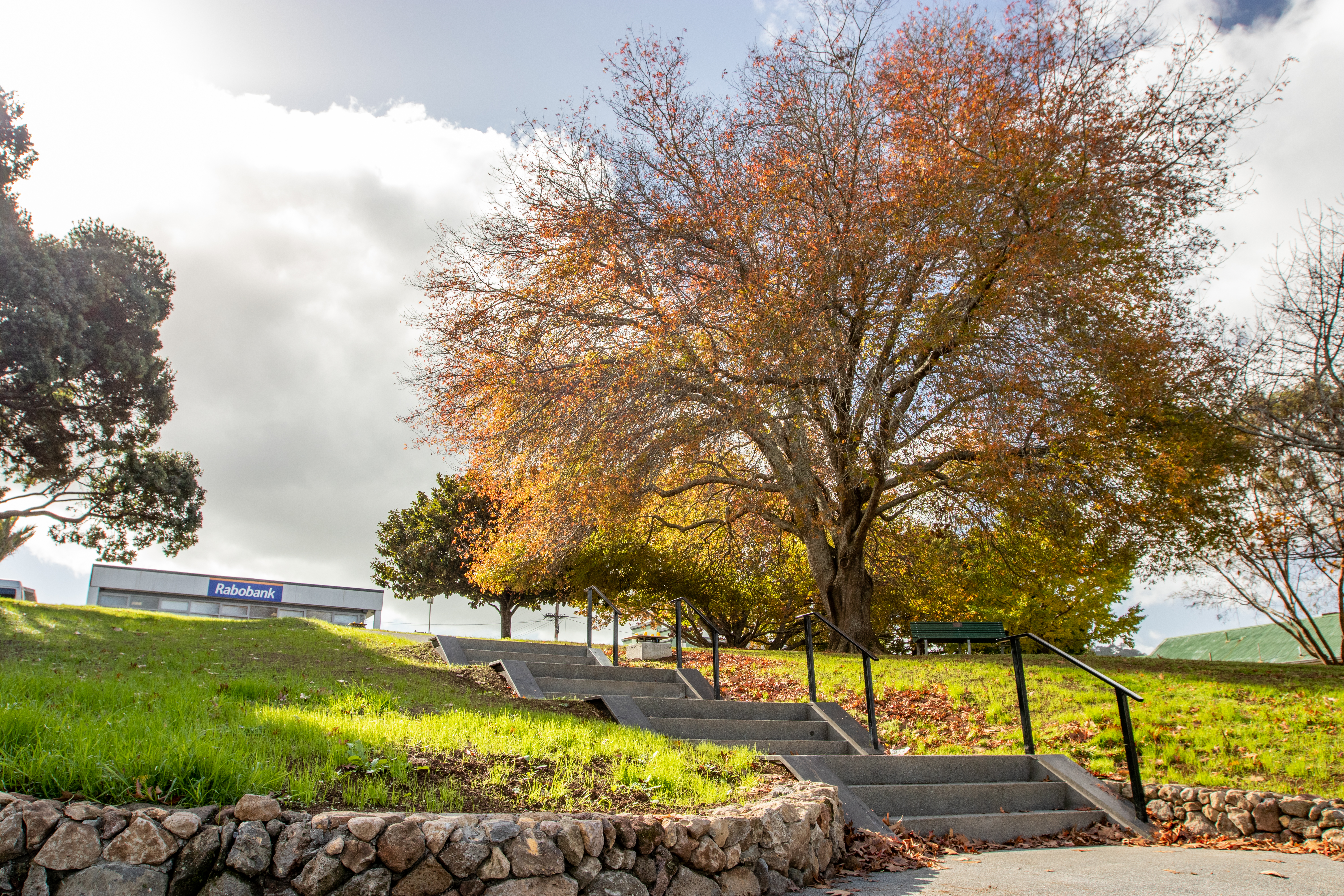 Robinson Asphalts completed the upgrade of the Bank Street / Dent Street corner at Laurie Hall Park in early 2019. This project involved the demolition then reinstatement of the park entrance, pathways and lighting.

Whilst the visual changes may seem minimal, a large amount of the work was completed underground in the site prep and earthworks phase of the program. New ducting, subsoil drainage, reinforced concrete footings (for walls and stairs) and foundations for new light poles were installed then covered with topsoil and grass seeded. The casing for the feature lighting also involved a lot of ‘hidden’ work due to the limited tilt angle of the internal light.

A new entrance at the Bank Street/Dent Street round about was constructed using blue stone clad masonry walls and an exposed aggregate landing. The rock walls and pathways were reconfigured and widened to create a more user friendly space. New lighting columns were installed to match the new style used in the ongoing civil upgrade projects around Whangarei. 8 in-ground feature lights were installed to light up the existing Pohutukawa tree.

As Laurie Hall Park is home to the ANZAC Memorial for Whangarei, works needed to be completed in time for the Dawn Service in 2019 - something Robinson Asphalts was able to achieve due to the hard work of the onsite team and our sub-contractors.

We look forward to working with WDC again on future projects within our local community.